Since 1986 and into the future

In 1986, Växjö was among the first cities in Sweden to start a science park. The person who deserves a mention for realising the vision is Gerth Christiansson and we would like to continue in his spirit, thinking of new ways and sometimes having the courage to take a chance on what we really believe in. The Municipality of Växjö gave Videum the task of both building and managing properties for the science park and of developing the content therein.  1988 saw the official opening of Videum’s first office block, soon to be followed by the contract to design, build and manage new buildings for the University of  Växjö.

In the mid-90s Videum becomes the owner of all college properties and many new educational facilities are built. When the college becomes a university in 1999 still more educational facilities are built. Videum establishes a prize for initiatives within entrepreneurship and business start-up. After the turn of the millennium Videum invests heavily in the construction of the buildings named Alpha and Bravo on Framtidsvägen. Business advisors and network builders are employed to create a modern science park with both traditional office premises and open plan offices. By 2003 there are 80 companies operating in the Videum Science Park.

In 2005 Videum joins the industry association for the country’s science parks. 2006 sees the inauguration of the Delta building, with Sveriges Television (Sweden’s Television) as the principal tenant. A brand new conference facility with modern technology is organised in line with the tenants’ requirements. Linnæus University is formed in 2010 and Videum becomes increasingly involved in regional collaboration through e.g. the networks Investerare Sydost and IEC. By 2015 the Videum Science Park has approximately 100 tenants and almost 500 employees.

Växjö as a city is developing rapidly and our science park needs to keep pace. 2016 saw the opening of a new building offering completely new conference facilities. Additionally, the planning of the next building to be built in the Videum Science Park was completed and decisions on construction were taken. Other projects confirmed so far this year include the construction of the technology building and expansion of the police academy. A project for the development of technology and the areas of application for virtual reality for the entire Kronoberg county has commenced. We have increased our focus on looking at opportunities for international collaboration, primarily with countries in the Baltic region. 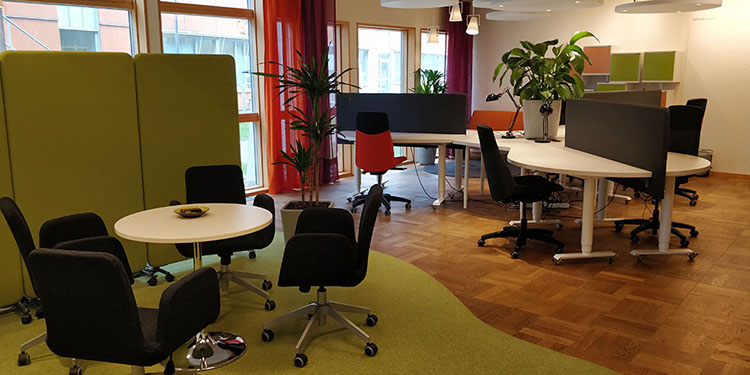